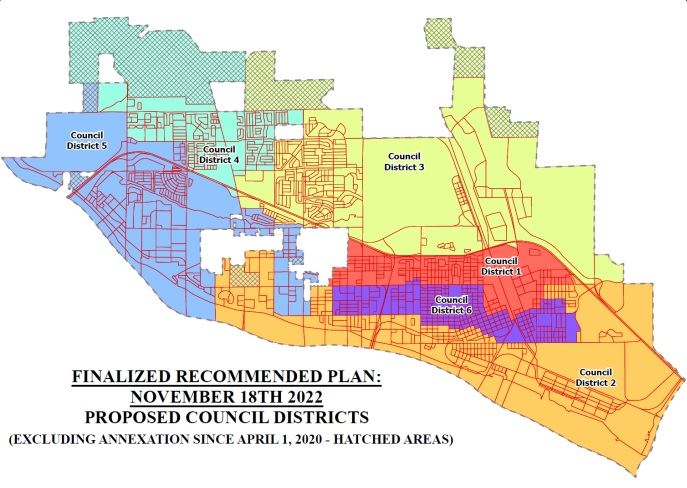 You can submit comments to the Council via this form here!

As part of the City's federal consent decree changing the way City Council members were elected to comply with the federal Voting Rights Act (VRA) (full background here), the U.S. Decennial (10-year) Census is the standard that Council Districts are to be drawn.

Delayed by the impacts of the COVID pandemic, the 2020 U.S. Decennial Census was completed in August of 2021, rather than April, and the subsequent release to the Washington State Office of Financial Management, which in turn, provided that information to the States, Counties, and Municipalities was further delayed. Completion of the U.S. Census and release of the information triggers the need for the City to review its City Council Districts to ensure compliance with the federal and recently adopted state Voter Rights Acts (VRA).

Since given the Census information, and per City Council direction, City staff has been working with specialized legal and demographic professionals to review and update City Council District boundaries to account for changes in:

The City hired the services of Floyd, Pflueger & Ringer, P.S., as well as Dr. Peter Morrison (who developed the current Council Voting Districts in 2017) and assisted the City in updating the Council Districts.

City Staff has briefed the Council on the progress and development of the Redistricting Plan as information was received from the consultants and believes the draft plan meets the criteria required per RCW 29A.76.010(4) and the Federal VRA:

The public has given comments at in-person opportunities:

You can also submit comments to the Council via this form here!